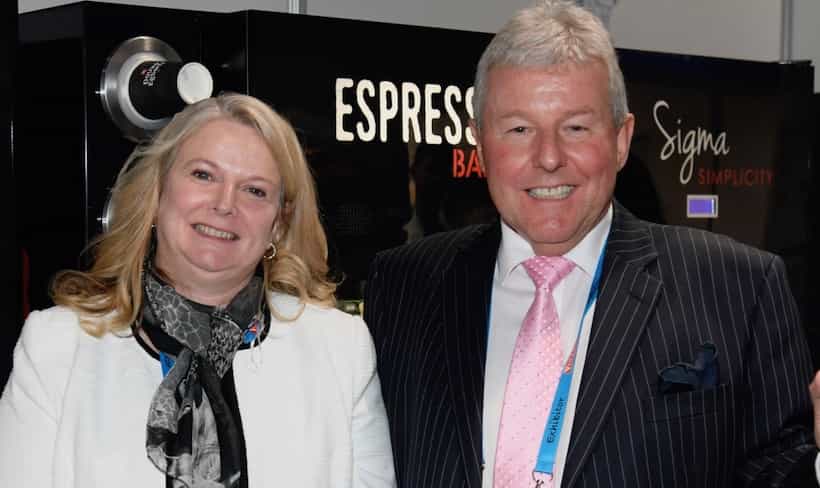 Westomatic MD Richard Brinsley is one of vending’s straight-talkers, so you know that when he starts our conversation with ‘things are great!’, there’s no question of PR smoke and mirrors being in play. You can rest assured that, at Westomatic right now, things are great.

‘We are really busy at the present time’ Richard says, ‘in both parts of our business, namely the design and manufacture of new machines and the re-manufacturing of pre-owned machines.’

One thing’s for sure: as trade shows return post-pandemic, two Westomatic machines in particular have been causing the kind of stir that disrupts marketplaces.

There’s one characteristic of Westomatic that stands it apart from its rival manufacturers – aside, of course, from its Britishness. Richard believes that ‘fresh’ milk is not essential in the creation of a great cup of coffee. (Or a milkshake; but more of that later). ‘Fresh milk is driven here by suppliers of small tabletop machines’, he says, ‘but the cleaning and hygiene routines incumbent in using fresh milk are a barrier in many potential locations.’

‘Autorista’ is billed as Westomatic’s ‘Automatic HoReCa System’ and its target market consists of Convenience Stores, Colleges, Universities and Health Care and Transportation. ‘It’s a market that’s dominated by Costa Express, who can command drink prices in excess of £3. Consumers have the option of using their own cup, they can specify the size of the drink from a wide-ranging menu. We see that as an opportunity.

‘Taking on a high street branded machine can turn out to be an expensive option’, Richard says. ‘For instance, you may have to achieve a level of sales up front before you start to earn commission. Potential operators are required to have access to fresh milk, which narrows the marketplace. And once they’re up and running, keeping the machine clean, and stocked up, is their responsibility.’

Richard sees Autorista as a genuine alternative – an ‘indy’ approach to the opportunity, if you like. ‘Our machine makes fresh tea, Costa’s doesn’t’, he says. ‘We offer all the coffee and chocolate drinks, syrup shots, milk shakes, cold frappes that they do – but we don’t offer the fresh milk option. That’s because we are convinced that modern milk granules deliver the same quality without any of the faff. We asked visitors at The Forecourt and Convenience Show in Birmingham to taste our coffee and then tell us if it had been made with fresh milk or granulated milk. Half of them couldn’t tell the difference and these are professional people, not casual coffee consumers.’

Autorista proved to be one of the stars of Vendex Midlands. ‘The interest in the machine was phenomenal’, Richard says. ‘We’ve never had as many orders placed at a Vendex event before. The fact is that what this machine can do is very exciting. The technology blew people away as soon as they looked at it – it dispenses ingredients by weight for optimum quality consistency and thanks to its advanced telemetry, operators can manage the machine remotely. The machine monitors itself all the time and if there’s an issue, it informs the operator.’

The second game-changer has emerged from a unique collaboration between Westomatic and Aimia Foods. It’s a vending machine that dispenses popular ‘Shmoo’ brand milk shakes.

‘I was with Wayne (Wanklyn) from Aimia one day and the conversation got round to Shmoo’, Richard says. ‘Aimia had already made Shmoo the number-one milkshake package available to UK caterers and he could see an opportunity for a Shmoo branded vending machine, in those places where families are together. Tea and coffee may suit mum and dad, but kids often prefer something different, something that’s a bit more exciting…’ The team at Westomatic were immediately ‘on it’… 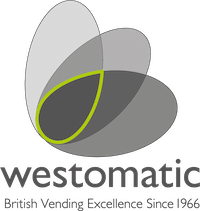 The huge advantage of this machine, if the reactions of the trade are anything to go by, is that it delivers a tasty, creamy, top-quality milk shake – without requiring liquid milk. ‘The powder is based on Aimia’s Milfresh’, Richard says. ‘In our new machine, the powder is worked in a mixing bowl until it froths like whisked cream. Then it’s served into the customer’s own container. Again, there are no single-use peripheral products involved.’

Shmoo – the vending machine – was launched at the same show in Birmingham in April. One visitor ordered ten machines on the spot, to be put to trial in a selection of his fuel forecourts.

‘Our business is changing’, Richard says. ’We’re now creating products that reach far beyond our traditional hunting grounds of Business & Industry. I feel as though the equipment we are offering these days really is in tune with the modern mood. I’m more confident in our future than I have been for well – let’s say, ‘some time’.’

As Richard said at the beginning: these days, ‘things are great’ at Westomatic.

More about Westomatic can be found HERE on Planet Vending 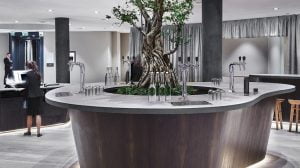 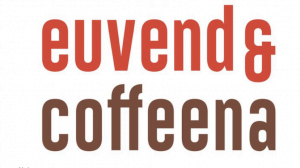 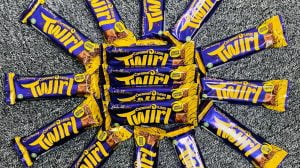 Vendon Webinar: Want to step up your vending or coffee business?
Televend VP of Sales and Marketing Dubravko Hendija: ‘Venditalia was a complete success for us.’
Comment