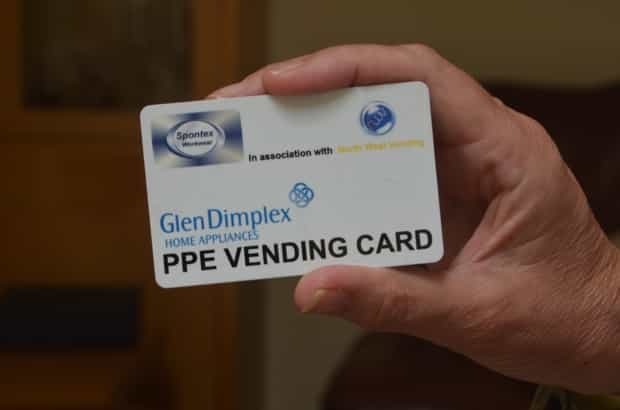 It’s a phrase we use so frequently that we rarely think about what it means, so as an aide memoire, here’s what it says on Wikipedia: ‘‘Thinking outside the box’ is a metaphor that means to think differently, unconventionally, or from a new perspective. This phrase often refers to novel or creative thinking.’

It’s ironic, but when Mike Cowley and Gary Sanders first got together, their creativity led them to conclude that they needed to be thinking in the box.

(Ed’s note for non vending people: You see, vending machines have long since been known in the trade as ‘boxes’, (although vending machines are more like computers than boxes these days, the name has stuck), and the chaps’ joint brainwave was to use those ‘boxes’ to deliver products not normally associated with vending…)

‘We came up with the idea of using vending machines because they can be programmed to record every transaction.’ Gary Sanders

‘It was at the suggestion of Graham Bonner, our mutual contact at Glen Dimplex that Spontex Workwear and North West Vending put our corporate heads together’, Mike said.  ‘At the time, we’d been a supplier to Glen Dimplex for over ten years, and Spontex had a seven-year track record. On the face of it, our two businesses would have no reason to collaborate: our job is to provide for our client’s refreshment needs whilst the role of Spontex  Workwear is in the supply of PPEs, or ‘Personal Protection Equipment.’ Gary sets the scene: ‘they use a lot of gloves at Glen Dimplex and they wanted more control over issue and traceability; over who’s taking the gloves, and who isn’t. There are 500 staff on site, but there was no real record of those transactions. We came up with the idea of using vending machines because they can be programmed to record every transaction.

‘There was some resistance at first from the shop floor workers’ Gary said. ‘They thought it was a bit too ‘Big Brother’, and it’s true that purchasing is trying to control consumption, but cost wasn’t the main driver behind the project.’

The ‘main driver’ was, in fact, Health & Safety. Glen Dimplex manufactures leading consumer brands such as Dimplex, Morphy-Richards, Stoves, Belling and Roberts and many company personnel are called upon to work with sharp metal. Unprotected hands are easily injured and – a sign of the times – personal injury litigation is now an issue for all UK businesses.

Any workplace in which the issue of safety equipment is not recorded leaves itself vulnerable to claims.

‘From the point of view of Health & Safety, if there’s an accident and there is no irrefutable evidence that correct protection has been issued, there’s a problem… The vending solution provides unimpeachable data and therefore a transparent audit trail’, said Gary. ‘We can see clearly who took supplies, from where and when.’

At Glen Dimplex, the vending solution is delivered by four N&W Samba machines, which are refilled twice weekly.

‘We specified top-of-the-range Sambas because we wanted to be future proof’ Mike said. ‘The Sambas are factory-loaded with the latest version of N&W’s MiZip. The whole package from N&W and especially their support was great; in fact a six-week trial became an eight-month trial. N&W had everything we needed in place for us. They had the hardware, the software, the technology and, to be honest, the people with the patience to work with us!  It was all so new to us. We’d used aspects of MiZip before, but this took us to another level. It’s a steep learning curve and there are frequent up-grades, too.’

Glen Dimplex personnel are issued these days with a personal plastic card that delivers access to the equipment they need. In the future, the company may choose to expand the system, using the same cards and the same ‘brain’ to control access to buildings, to provide cashless payment facilities in the work’s canteen: there are numerous applications. The cards could even be used for the purpose of staff ‘clocking’ on and off duty.

For now, though, Glen Dimplex is enjoying the benefits that greater control over the issue of PPE equipment provides. Expenditure can now be allocated amongst almost 40 departments and anomalies easily identified. ‘Glen Dimplex simply didn’t have that information before’, Gary said.

Additionally, the company is looking forward to the tangible benefits that may accrue in the medium term, in the form of reduced insurance premiums. ‘Whenever there’s an accident in the future, there’ll be an audit trail’ Mike said. ‘I’d like to think that because of that, spurious personal injury claims will become less of an issue and let’s hope there’ll be a positive impact on insurance premiums.’

Although this solution was designed with a specific customer in mind, the concept of using vending to deliver an effective PPE product distribution service has now been proved and North West Vending and Spontex Workwear are ready to roll it out to other businesses, nationwide.

‘Maybe Gary and I should agree to meet up to think ‘in the box’ on a regular basis!’ Mike said. 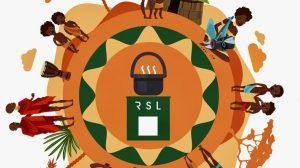 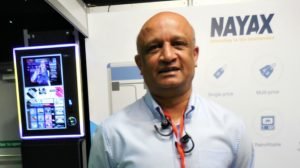 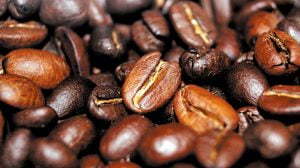