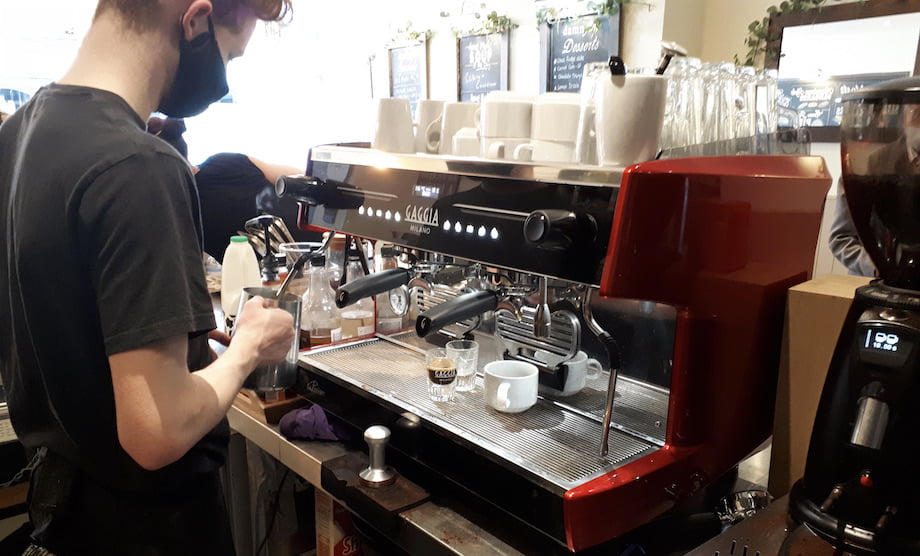 Damn Fine Café in Lichfield has won a Gaggia La Precisa coffee machine, after entering a competition run by our friends at Café Life magazine.

‘I decided to enter purely on the basis that I had nothing to lose’, said winner Sophia Charalambous, owner of Damn Fine Café. ‘To say I was stunned when I got the call from Evoca is an understatement!’ The timing of Sophia’s good fortune couldn’t have been better: ‘I inherited my espresso machine when I bought the café just over three years ago’, Sophia said. ‘It had been showing signs of its age for a while, so I knew I was going to have to invest sooner rather than later. When were closed due to lockdown, I had a chance to refresh the café’s branding and the décor, and to think about what I wanted from my next espresso machine.’ The Café Life magazine prize was originally intended to be one of Gaggia’s La Decisa machines; but as it turned out, it was La Precisa that ticked all of The Damn Fine Café’s boxes.

‘It was very kind of the Gaggia team at Evoca to offer us an upgrade from La Decisa to La Precisa’, Sophia said. ‘We all agreed that the red machine would make a bold impact and stand out on the Damn Fine Café counter – and we weren’t wrong! Our regular customers have commented on how fantastic it looks. What’s more, the staff love the new machine, too. ‘It’s given my team a renewed sense of pride in their work, and they’re loving using it’, Sophia said.

‘Lichfield is renowned as a destination for shoppers and tourists and a lot of choice is available in the town for those seeking out good food and drink. ‘It’s crucial for us to continue to find ways to stand out from a quality crowd’, Sophia said. ‘We’re proud of our top rating on TripAdvisor, and La Precisa can only help us to consolidate our reputation and build our base of regulars.’

‘We were very clear that our aim for this competition was to support a hospitality venue at the precise moment it was allowed to re-open’, Evoca Sales Director Craig Jukes said. ‘We’re delighted we’ve been able to provide such tangible support to an independent business at this crucial time. The Damn Fine Café’s ethos mirrors what Gaggia has always stood for: style, dedication and hard work. We hope that La Decisa will be a fantastic addition to the offer and that it will help Sophia and her team to maintain their enviable ranking as one of Lichfield’s top cafés.’

The final word goes to Sophia: ‘I still cannot believe I won, I’m still in shock! I’m so grateful to Evoca for the machine and everything else they’ve done to support me –training us up on the machine; putting us in touch with a new coffee and consumables supplier and supplying us with a new grinder too. It’s been a tough time for hospitality, and this has given all of us at Damn Fine Café such a boost!’ 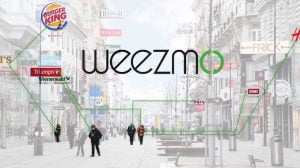 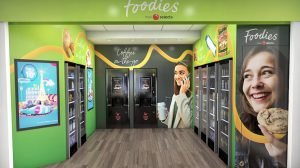