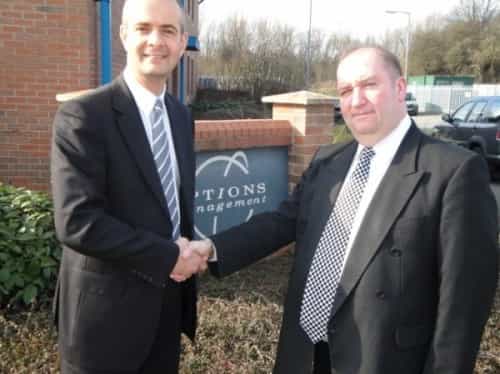 There was an advertising slogan once that went like this: ‘the answer’s yes, now what’s the question?’ Look no further; there’s no other phrase comes even close to crystallising the business ethos at Options Management. Their outlook here is not so much ‘can do’, as ‘will do.’

Options Management founder and Managing Director Paul Ure is one of the best-known figures in UK Vending. You’d hardly call him a shrinking violet, on those occasions when the major players in the industry come together, and the business he runs is characterised by the same, effervescent self-confidence. Land on the company’s Internet Home page, for instance, and you’re greeted by a statement that raises eyebrows because it must take a lot of living up to: ‘Options Management has become preferred vending machine supplier for a range of companies and organisations because it has proved to be the most cost effective independent catering and refreshment vending service in the UK. ‘

As comforting statements go, that must be music to the ears of any organisation that is called upon to deliver a refreshment solution, be it for customers, guests; employees, management; students, teachers or what-have-you.

No prizes if you can guess which technology is at the heart of the country’s most cost effective independent: It’s Vendman, naturally.

‘There are some things around here that aren’t an option and Vendman is one of them’, Paul said. He makes no bones about the importance of technology in modern vending. ‘The only way to survive in this business is to adopt the latest technology as quickly as possible. We’ve had tracking technology in our vehicle fleet for more than 15 years, we were ‘early adopters’, but we’ve been running Vendman’s Tracker Plus system for the past six years and quite honestly, I can’t imagine the business without it. Once you’ve had ‘complete control’, there’s no going back.’

There’s more to Vendman’s contribution than the simple elimination of any possibility of field-based staff taking ‘liberties’, though. The information that Options extracts from the system informs every element of the business. Service calls are a case in point. Each call is scrutinised and analysed: was it a failed brewer, a board gone wrong; a fault with the mechanism or a coin dropper that was to blame for the call out?

‘Data analysis simplifies the decision making process and so it’s less likely that mistakes will be made’, Paul said. ‘For instance, there comes a point when you don’t replace the brewer in that machine again, because you can see that the machine in question is on a steep upward curve when it comes to downtime and maintenance costs. When the numbers stop adding up, it makes business sense to replace the machine.’ Finally, he laughs and shrugs, ‘It’s not rocket science! In the old days it was normally a call from a frustrated customer that kick-started the solution process. These days, it’s almost always info from Vendman that is our call to action. I think it’s safe to say that 90% of those issues that used to begin with a call from a customer are now settled without the customer ever knowing that there’d even been an issue.’

Maybe it’s not ‘rocket science’, but it is vending science at its most advanced and most effective. There are benefits, too, when things are not going wrong. ‘Those unnecessary calls – for example to fill a machine that’s actually well-stocked – can easily be cut out and that’s a significant element of operating cost eliminated from the business right there.’ ‘Significant’ is, perhaps, an understatement. In fact, Paul estimates that the company has reduced service calls by a staggering two-thirds, and all thanks to information received and acted upon…

‘The beauty of Vendman is its flexibility’, he said. ‘Yes, we’re all in the same business; but we each have our own ways of running our businesses. Whatever quirks your vending business may have, Vendman can accommodate them, and everything, from the accounting system to the vehicle service schedules, is integrated; because the same ‘brain’ controls the entire Vendman ‘nerve system’.

So it’s true what they say: even at Options Management, there are some things that really aren’t an option at all. ‘Vendman is pretty much the industry standard’, Paul said. ‘Others have come and gone, but there’s only one clear market leader, and that’s Vendman. Game over.’ 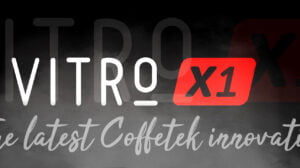 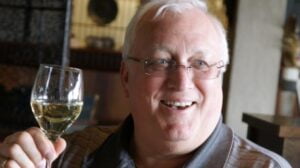 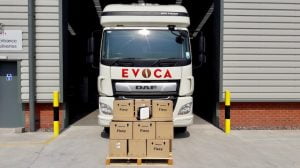