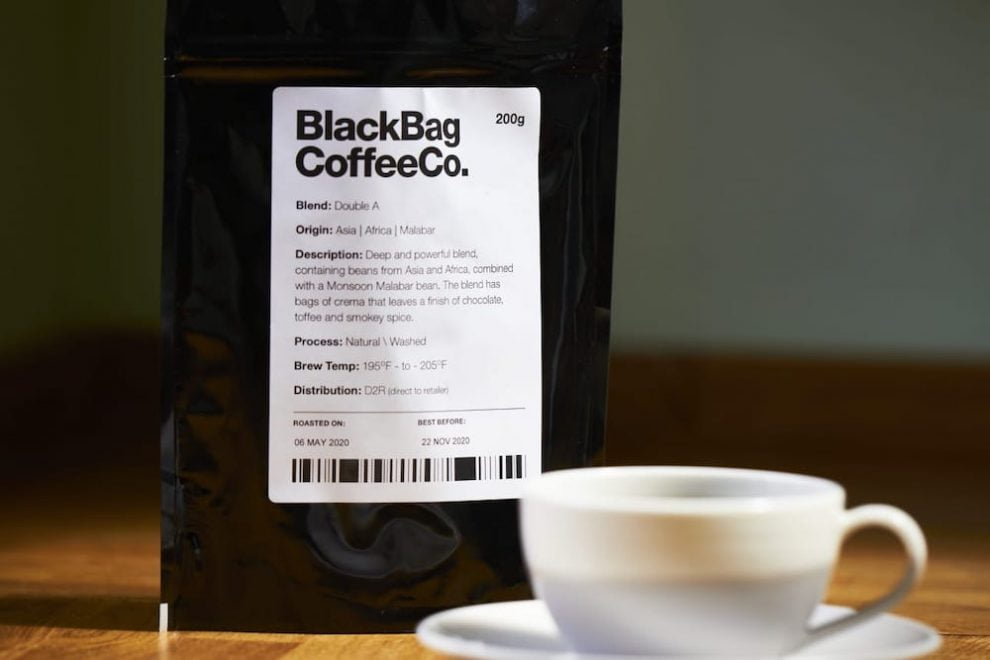 BlackBag Coffee? I first encountered James Oladujoye in pre-Planet Vending days, when I worked with his company, GWD, on a software project for a PR client of mine. I was struck then by how switched on he was. To be honest, the team he had gathered at GWD made up one of the most dynamic ideas incubators I’ve ever encountered. A major player in that team was Jed Fraser, who is without doubt, imho, one of the best marketing men in vending. You may have come across him in his role at SB Soft?

I digress, writes Ian Reynolds-Young. A dozen or so years on and James and I ‘bumped into’ each other again. I was intrigued to find out what he’d been up to in the interim. I was pleased to see that his dry sense of humour remains intact, as does his entrepreneurial energy and his determination to succeed. These days, though, his focus is on survival, rather than on empire building, with his new business, BlackBag Coffee.

No prizes for guessing the reason why his circumstances have changed? Right first time: TDV, otherwise known as ‘that damned virus’.

‘Basically’, he tells me, ‘I sold GWD in 2011. I wanted something more tangible. I’d worked in software for years and I wanted to be in an industry that was more, well… ‘physical’. Naïvely, I thought vending was the place to be; I thought that it was ripe for an innovator to come in and disrupt things. However, I soon found out that, in many respects, vending machine operation seemed to be a race to the bottom, where the lowest price won the day, regardless of the quality of what was on offer. Sorry for being a cynic!’

‘It wasn’t a disaster’, he recalls.  ‘We built up 100 machines, at which point I sold my share to a business partner. My judgment was that the area for growth was going to be the provision of high-quality coffee in the office. So, we went after that space and I set up the coffee desk.co.uk. As lockdown came into effect, we were a year in and we’d just got to 100 machines. So, we were still very small and it takes time, but I did start with one machine. The premise was simple: it was all about people buying or leasing a coffee machine. I provided warranty if they agreed to buy my ingredients. It was all about recurring ingredients sales. Not rocket science, but effective.’

‘…it felt as though we were living in a zombie apocalypse.’

James had built a firm foundation and in common with many of us, he sat tight and waited for the pandemic scare to blow over. When that didn’t happen, the plan to create BlackBag Coffee began to emerge…

‘The first four weeks of lockdown were exciting; it felt as though we were living in a zombie apocalypse’, James says. ‘It was great not having to get up at six every morning. But after a short while, I started to get stir crazy and then, anxiety started to build as I realised, ’this coronavirus thing is not going away’. It was a shock to realise that, If I did nothing, I’d be done for. In April, my customers were telling me, ‘James, all being well, we might be back in the office next year.’ It was a hell of a wake-up call.

‘So, all at once, we were in a race against time. In response to our circumstances, we set up blackbagcoffeeco.co.uk. It’s a B2C operation, something I’d always wanted to do. I think, whether we like it or not, the pandemic has strengthened the ‘direct to customer’ model. Just look at the success of Amazon and Domino’s pizza. So I thought, we know enough about coffee to appreciate that you don’t necessarily need to have a super expensive machines to get a great drink.’

The prognosis for the pandemic was grim. Civil liberties were restricted as people were told, ‘stay home, protect the NHS, save lives’ Nightingale hospitals were being built as the UK prepared for the worst.

Overnight, a vibrant and promising business had become a stretcher case.

Confidentially, James talks figures. The contraction his B2B company has suffered is, frankly, appalling. It was as though a super-fit, healthy marathon runner, who was shoulder to shoulder with the race’s leading pack, had been carried out of the contest on a stretcher. It’s a useful analogy: overnight, a vibrant and promising business had become a stretcher case.

‘It was a bleak outlook’, James agrees. ‘But then, we saw an opportunity: targeting home office workers. This group is not made up of sophisticated coffee aficionados, just ordinary people who want nothing more than to have a decent cup of coffee while they’re working at home. That’s our focus with BlackBag Coffee and the truth is, if we hadn’t gone down that route, by now we’d have gone bust.

‘To be honest, by setting up our niche coffee business, we were going against the grain of accepted wisdom. The general perception of the public is that the world of coffee is the domain of the hipster; but I’m a fifty-year-old, mixed race, slightly overweight bloke who lives in Sheffield. I’m not a barista with a beard and a piercing, so there was no point in pretending to be trendy.’

Essentially, James is not in the coffee business, per-se. He’s in the business of digital marketing, with Google and all the usual channels as the tools at his disposal. That’s why it was vital that he created a unique brand identity. With a web-site full of attractive people sipping coffee, his would have been very much a ‘me-too’ operation. So, he decided that BlackBag Coffee should develop its own unique attitude.

‘if you want support, Google it! If you must, email us!

So, how does ‘attitude manifest itself, and does it really make BlackBag Coffee stand out among the throng of wannabes? A few examples for your delectation: ‘if you want support, Google it! If you must, email us! And how about, ‘if you want your coffee ground, that’s no problem – well, it’s a bit of a pain to be honest’. You get the picture?

‘We think of it as being ‘gruff Yorkshire’, without being offensive’, James laughs. ‘It could alienate some people, but when we first started, we were just like everybody else. What we want is to create unique engagement with consumers.’

So what now? ‘What we really need is publicity’ James admits. ‘I don’t want BlackBag Coffee to be a £100k a year business: that’s not a business, that’s a hobby.’

Personally, I hope that with BlackBag Coffee, he nails it.

Want to learn more? Take a look at https://blackbagcoffeeco.co.uk
More stories with a COVID-19 theme are on Planet Vending, HERE

Meanwhile, take a look at the company’s unique home page, below. The antidote to corporate web sites? 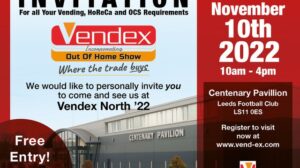 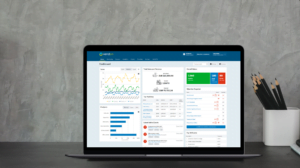 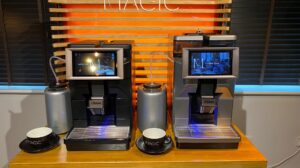 The iX Water Range From WaterCare: Why Replace A Whole Filter, When You Can Just Replace The Media Insert?
Darren Smith Joins Ferrero And Admits, ‘I’ve Never Been Better Prepared’.