In a two-part Planet Vending special feature, Selecta MD Paul Hearne discusses new opportunities for the vending industry and describes how – and why – the culture of organisation has been completely re-imagined from the top, down.

There are four major steps involved when a change of corporate culture is on the agenda. First, you have to make the effort to see your business as others see it. Next, you have to define your strategic direction and then, decide what the organisational culture should look like. Finally, you have to ensure that your people embrace the required changes in the way business is done, so that consumers or clients can see for themselves that things ain’t what they used to be.

‘I speak to clients every single day and recently, one told me that his experience with his Account Manager had been completely different recently’, Paul Hearne says. ‘He told me that the guy seemed happier in his work; more positive, more enthusiastic. That was good to hear, it means that our new culture is tangible, that it’s making a real difference. The people in our industry are seeing for themselves that today’s is a very different kind of Selecta. I’m proud of this, and I love it because the new ethos really suits my style. I’m a positive guy, upbeat; I believe that we can do anything and now, that’s what this business is about.’

The language of the business has also changed. Selecta refers these days to ‘clients’ rather than customers: ‘ ‘customer’ describes a transactional relationship, whereas ‘client’ represents a value-added relationship’, Paul says.

So, what was it that made the business take a long hard look at itself and change its tried and trusted modus operandi?

‘It’s come from the top, down’, Paul says.’ It’s all about the new leadership we have at Selecta now. Around a year ago, a new Chairman, Joe Plumeri, was appointed, together with the installation of a new CEO, Christian Schmitz. Far from breaking the business up, which some thought might happen as a consequence of Brexit, their mission has been to bring the various elements of the business even closer together. Joe and Christian see Selecta as a global business that’s administered locally. When you look at branding, at procurement, innovation; they are better if they are created globally and administered locally. So, rather than fragmenting, Selecta has increasingly centralised, and I think that we are much stronger as an organisation because of it.’

Selecta is ‘in the process of a rebrand right now. The famous logo will remain the same, but the new messaging will be entirely different. ‘Our staff need to understand that our primary aim is to create moments of joy’, Paul says simply. ‘That’s what we are ultimately about: creating happiness for the people who work for us, and moments of joy for the people who use our machines. We are moving away from having a corporate feel to everything we do, to creating a more personal experience. It’s about joy, happiness and connection.’

It’s hard to imagine the words ‘joy’, ‘happiness’ and ‘connection’ being employed by the previous regime…

It’s hard to imagine the words ‘joy’, ‘happiness’ and ‘connection’ being employed by the previous regime. Neither were ‘joy’ and ‘happiness’ much in evidence when Selecta was doing deals that, to the independent operator, were impossible to match; simply because they were unsustainable. In those days, Selecta measured its success by the number of machines in its park. In the new culture, things couldn’t be more different. New business deals have to stack up and poor deals done in the past are being re-visited…

‘We’ve always been the biggest’, Paul says, ‘the question is, have we always been the best? Being the biggest helps us, there’s no doubt about that; but we have to focus on being the best.  If you’re the biggest, but not the best, you won’t be the biggest for long. We’ll be judged by the industry in terms of how we lead the charge into the catering space. If we do that well, it’ll benefit the whole industry, because people naturally follow the leader, that’s how these things work. The whole industry will get better.’

Naturally, Paul isn’t concerned too much with the legacy he’ll leave behind when his time at the helm is over. Right now, he’s thinking about the ‘right now’; however he does concede that he’d like his legacy to be as the head of a business that changed from being one that was big, unwieldy and only delivered ‘OK service’, to one that is seen as a great business, which delivers happiness, which delivers joy and that actually changes the direction of the food & drink industry and the tech-enabled retail sector.

‘I think we’ll get there reasonably fast, because we have the right drive, the right determination, the right attitude, the right set of products, the right leadership’, Paul Hearne says. ‘That’s the legacy I’d like to leave behind, but it’s not about me, it’s about the entire leadership team here at Selecta. We can be a leading business, not only in vending, but also in innovation and technology.’

Did you miss the first part of the interview? It’s HERE on Planet Vending
Access PV’s Selecta archive, HERE 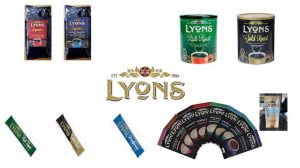 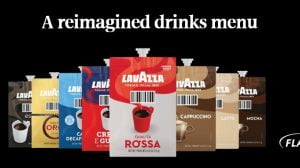 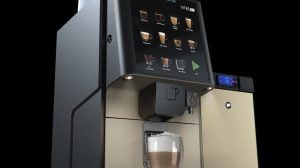 Mike Kane Retires and Looks Back on ‘The Golden Age of Vending.’