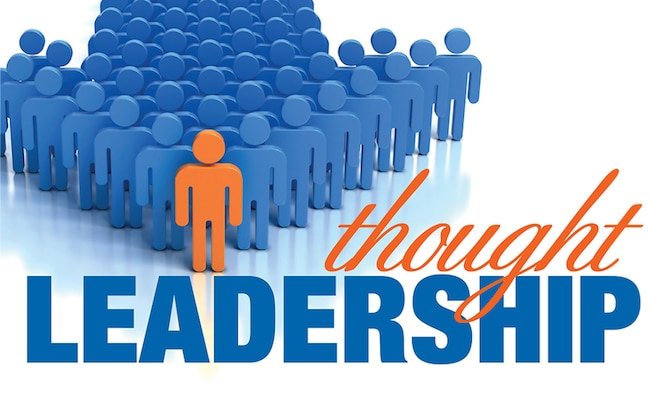 The Internet of People: It was a year and a week ago that Three Square Market found itself at the centre of a news story that went viral right around the world. That was when the company began to implant chips into the hands of its employees, between the thumb and the forefinger. At that moment, they created The Internet of People….

We didn’t do it just because we could do it: we did it for practical reasons. We deal with payment applications for breakroom markets and we thought it would be interesting to see if we could make using a breakroom market even more convenient by eliminating the need for a card or a smartphone to pay the tab. However, I sent out a press release that said ‘employer chipping employees’ and I guess it was those three words that caught the world by surprise. The media went mad for the story. Now, a year later, we have over 90 people chipped. Excuse the pun but we just did another handful… For five of our interns it was their last day with us, so we chipped them as our way of saying ‘thanks, good luck for the future.’

We use the embedded chips around our office to gain entry into the building; people just hold up their hand to a proximity reader. We use it to gain access to our computers so we don’t need passwords and we use it to pay at our breakroom markets.

The Internet of People: Convenience

Our people really enjoy the convenience, because they can choose to use the chips to carry other data, like insurance info, drivers license; all the information that you always need, but can never find. Thanks to the chip, now you can just scan your hand and bring up any amount of documents and data that you need to have, at a moment’s notice.

The chip itself has a serial number assigned to it that is unique and then we assign another identifier to the chip to guarantee maximum security. Then, by going to a secure web page, each user can download whatever documents they want, at any time, so it’s a living document.

For example, I have my driver’s license on it, I have my ‘do not resuscitate’ instructions; I’ve got my will on it, I’ve got my auto insurance, my medical insurance card; just the information I might need in a hurry. So, let’s say, when a policeman’s standing there and asking you for your driver’s license and you don’t have it with you, you can call the information up really quickly and the conversation immediately turns from the ‘I’m going to write you a ticket’ kind, to ‘how did you just do that?’

‘It’s easy, officer. There’s an app that we wrote that sits on your phone; you just scan your chip with it and it pulls up the information you want. It works really, really well.’

The Internet of People: Credibility

A year ago, when we first did this, you wouldn’t believe all the things we looked at that we could potentially include in it. The interest out there in what we were doing was overwhelming and for a while, it detracted from our key business, which is breakroom markets and jails. But we went with the flow for about 9 months and during that time we gave speeches all over the world; Dubai, Japan, South Korea – you name it. All that activity gave us something priceless: credibility. Thanks to the publicity we got because we chipped our staff, we’ve been able to meet with GE Healthcare, Nascar and with Major League Baseball. We were able to open doors that previously would have been closed to us. Consequently, we’re moving into putting self-service checkouts into athletic complexes, so that people don’t have to stand in line anymore. These new business areas we’re heading in to have nothing to do with the chip, but everything to do with the credibility we got because of it; for the outward thinking that we demonstrated.

‘The number of our staff that asked to be chipped was a demonstration of how much everybody at Three Square Market believes in what we’re doing.’ 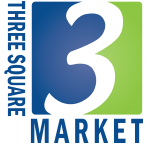 The number of our staff that asked to be chipped was a demonstration of how much everybody at Three Square Market believes in what we’re doing, and basically, if you don’t believe in what you’re doing, it’s just a lie. We take it very seriously. It’s not open sourced, where anybody can write to the chips we put in, it’s closed source, so we can make sure that the chips are used legitimately.

One of our minority owners in Japan, who is also the CEO of Sprint, called us up to congratulate us on what we’d done and he told us that he’d written a 300 year business plan. He said that as part of this plan, he’d estimated when it would come to pass that human beings would be chipped and that data would be communicated and stored through them. He’d thought it would be thirty years from now. And here we are, doing it, right here, right now.

The Internet of People: Not As Scary As It Sounds…

When people think about it, the whole concept of personal chipping is not as scary as perhaps it sounds. In fact, carrying a smart phone is a whole lot scarier. Every time you lose your phone you freak out and every time you have your phone with you, you’re being tracked. And now, we hear that Google has been tracking our phone locations everywhere, unbeknown to us. Now, that’s what I call ‘scary’. 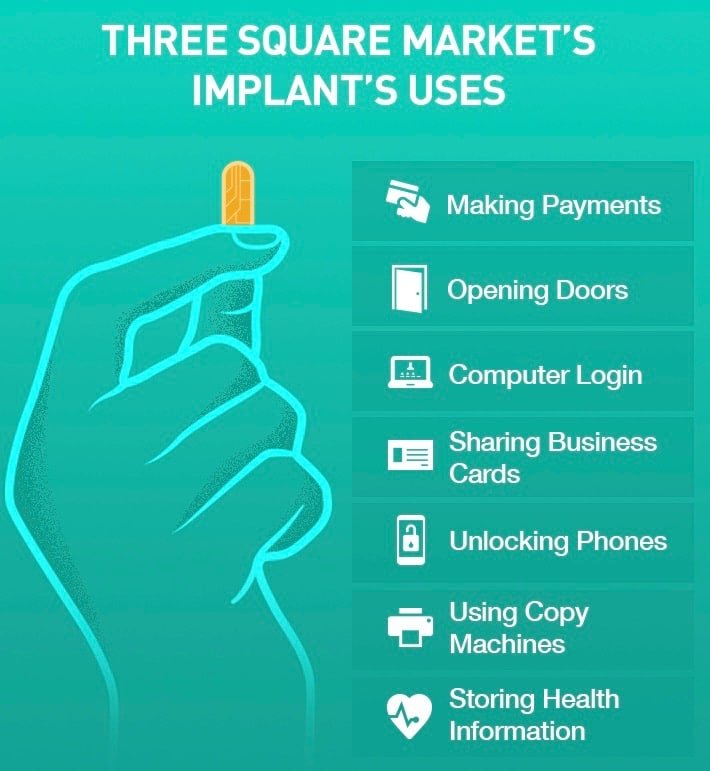 We’re working right now with a company out of California to create a chip with a GPS capability. Your cell phone will power the first version, when you hold the chip up to it. The heat in the human body will power the second version, which will arrive 9 months later. Every half hour, it will send out a ping as to your location. It’ll have a SIM card in it, it’ll have voice recognition; so if you holler ‘help’ or you scream, it’ll be activated and it’ll transmit your GPS location. In the US, the college kidnapping of students is a big deal, and lots of parents want their children, and particularly their daughters, protected when they go to school, along with their younger kids. Ten years from now, chipping them will be the norm; two years from now, it’ll become available and we’ll be back at the centre of world news again.

But let’s be clear: we are software and platform developers. It doesn’t really fit into our plan to hold on to this technology. It works in our plan right now to develop the platform, to develop the chip and then, down the line, let somebody take it and run with it that does that sort of thing for a living.

There are all kinds of applications. For example, a chip will read your blood glucose levels, it’ll monitor your heartbeat; it’ll read your C02 levels. About 12 hours before you have a heart attack, the C02 levels in your body rise. The chip will identify this change and it’ll send you a message saying, ‘hey, get to your doctor’. The chip will also make the appointment on your behalf.

Right now, we have a board of hospital advisers working with us to develop this next generation of chip. We don’t understand all the medical stuff, we don’t have to: but we do understand how to programme things to read things, and that’s what we’re doing right now. That’s what we’re all about.

The future? Well, it’s here already and I can tell you, it’s a lot of fun! 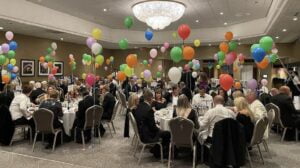 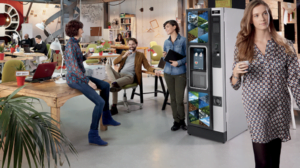 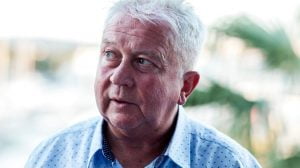 Connected Humans: The Internet Of People Has Arrived
Be Lucky! With Ferrero and Planet Vending